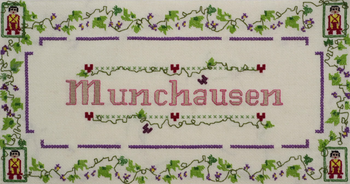 Munchausen is a 2013 short film, and the fourth written and directed by Ari Aster. The film centers around a nameless mother (Bonnie Bedelia) who resorts to unethical measures to prevent her son (Liam Aiken) from leaving her for college.

Warning: Unmarked spoilers below. It is highly recommended you watch the short

before proceeding any further.