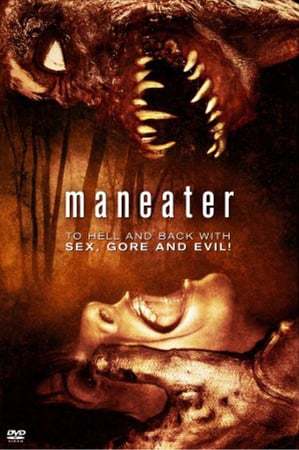 Maneater is a direct-to-video horror film from 2009. Funnily enough, the monster eats humans. The film stars Dean Cain, Cristopher Darga and Saginaw Grant as a trio of policemen hunting down a mysterious killer in a small town next door to an Indian Reservation. Harry, our protagonist, is a former FBI agent who moves to get a break from the copious amounts of bloodletting and danger that comes with his job.

When the town you move to harbors a supernatural cannibal spirit, you've picked the wrong town.

This film contains examples of :