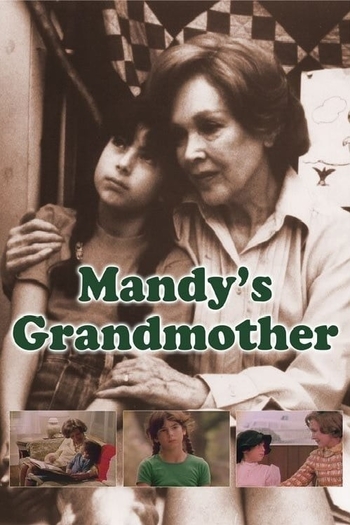 Mandy is a girl of about ten who lives in a farmhouse in the country with her mom, dad, and annoying little brother Paulie. The family is eagerly anticipating the arrival of Mandy's maternal grandmother (Maureen O'Sullivan), who lives in England and rarely visits. Mandy is a little bit nervous about Grandma's visit, going so far as checking about a kid's book about children and grandmas from the library.

Grandma arrives and proves to be a prim and proper lady with a vaguely English accent said to be caused by living there for a long time (in Real Life, Maureen O'Sullivan was Irish). Mandy, who is a tomboy who likes toads and cowboy boots, at first feels distant from the prim old lady who brings her a frilly dress. But soon enough, they bond.

Forty-odd years before this short film, Maureen O'Sullivan was playing Jane in the Tarzan franchise.