Film / Board and Care 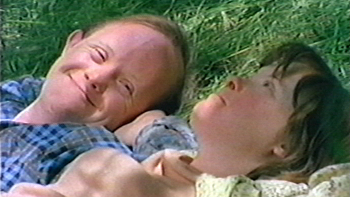 Lila (Ron Ellis's sister Laura Jean Ellis) is a young lady with Down Syndrome who lives in a "board and care" facility and works in a factory. Her caretaker, Carolyn (Luana Anders), has gotten her placed in a new program that is designed to help Lila learn to live independently.

The board-and-care facility is in a small farm town. At a dance, Lila meets Ricky, a young man who also has Down Syndrome, who lives with his father on a nearby farm. Lila and Ricky fall in love, but their caretakers may not allow them to be together.