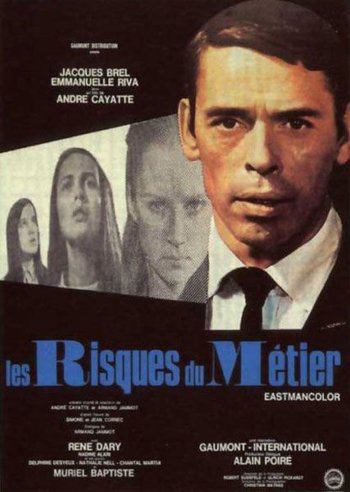 Les Risques du métier (Risky Business) is a 1967 French film starring Jacques Brel. Jean Doucet (Brel) is a popular teacher in a small French village. One of his pupils accuses him of sexual assault. Soon two other teenage girls also accuse him too of sexual assault or rape. Jean Doucet denies the charges, but he is arrested.