Film / For Richer or Poorer 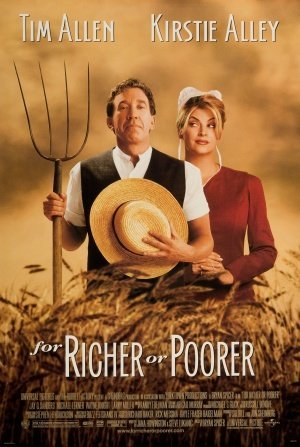 For Richer or Poorer is a 1997 comedy film directed by Bryan Spicer, starring Tim Allen and Kirstie Alley.

Living the high life is anything but happy for rich New Yorkers Brad and Caroline Sexton. Brad's career is a joke, making amusement parks out of unsuitable subjects, and Caroline has become a jaded socialite. After their disastrous tenth anniversary party, they decide it's time to get a divorce. However, the next day an IRS agent shows up, looking for a missing $5 million in back taxes. To stay out of prison, the Sextons flee the city and find refuge in the last place anyone would look for them — with the Amish.