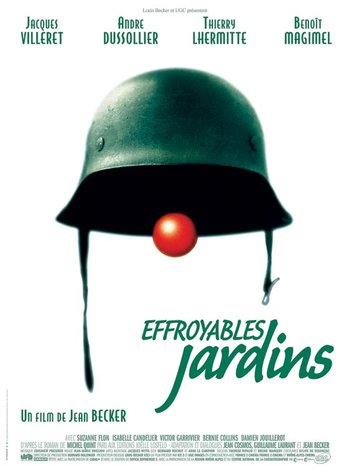 In a 1950s French village, a little boy doesn't understand why his father Jacques Pouzay (Jacques Villeret) puts a clown nose on every year and goes out to entertain the villagers. Jacques' friend André Designy (André Dussollier) tells him the story behind this...

Back in 1944, during the German occupation of France, Jacques and André foolishly blew up a railway station to make themselves a name in La Résistance. Germans soldiers soon reacted, by taking several people hostages, including Jacques and André, and threatened to execute them all should the perpetrators not denounce themsemlves. While they were waiting for the execution in a muddy pit in which Germans threw them, Jacques, André and fellow hostage Thierry (Thierry Lhermitte) were surprised when one of the Germans, Bernd, had genuine sympathy for them and started entertaining them. He was a clown at the Medrano Circus

in Paris before the war.