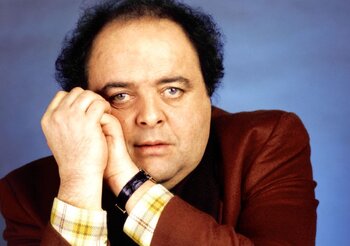 Born in France from an Algerian Kabyle father and a French mother, he was best known for his rotund build and roles of naive and clumsy but well-meaning guys, either in comedies or in dramatic films.

Tropes & Trivia applying to his roles: