Film / The Story of Adele H 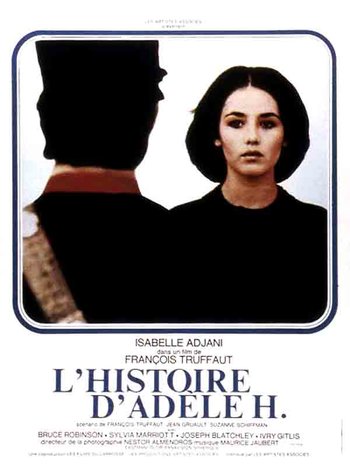 The Story of Adèle H. is a 1975 French historical drama film by François Truffaut.

It tells the story of Adèle Hugo, the beautiful but troubled daughter of the famed Victor Hugo, whose obsession with her Old Flame, English playboy Lieutenant Pinson, quickly develops from a desperate, unrequited crush to a delusional, obsessive amour fou.

Led by a winning performance from breakout star Isabelle Adjani, it is an uncompromising but sympathetic portrayal of mental illness and the rare condition of erotomania. Adjani was nominated for an Academy Award for her performance in the titular role.