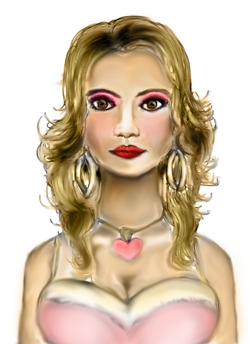 The fanfic's first chapter can be found here.

(Which she barely uses anymore.)

(Which became more active after Sally got angry at FanFiction.Net for deleting her story twice, but is also being barely used now after her public apology to James.)

Compare One Less Lonely Gurl, which is the SpongeBob SquarePants equivalent, with superior spelling and an insane sci-fi plot intertwined with the same preppiness of this fanfic. Compare and contrast My Immortal, Jo Bekke At Hugwrts, and Forbiden Fruit: The Tempation of Edward Cullen.