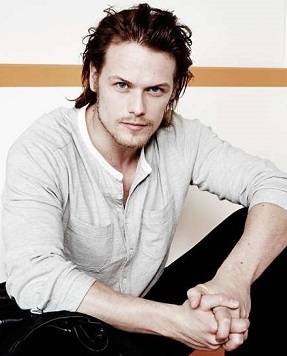 Sam Roland Heughan (born 30 April 1980 in Balmaclellan, Scotland) is a Scottish actor, best known for his acclaimed role as Jamie Fraser in the Starz series Outlander, for which he has received four nominations for the Saturn Awards, and a nomination for the Critics Choice Award for Best Actor in a Drama Series. He was nominated for a Laurence Olivier Award for Most Promising Performer in 2003, for his performance in the play Outlying Islands, performed at the Royal Court Theatre Upstairs.

Selected Filmographynote His works that have TV Tropes pages