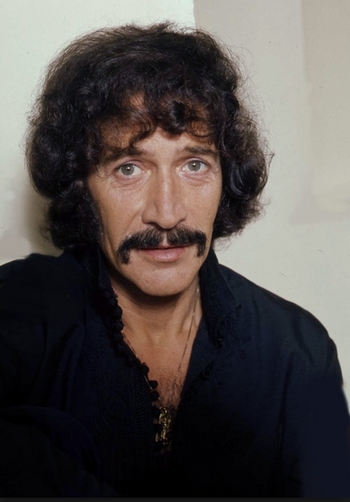 Peter Wyngarde note Wyngarde's birth name and place of birth are disputed. According to his own account, he was born Peter Paul Wyngarde in Marseille, France, but other evidence suggests that Wyngarde's original name was Cyril Louis Goldbert and that he could have been born either in Marseille or in Singapore; Wyngarde gave his place of birth as Singapore on a 1960 immigration application. (23 August 1927 note His birthdate is also disputed: His own account was that he was born on 23 August 1933, but in a 1993 interview Wyngarde claimed not to know his own age. While most sources agree with Wyngarde's birthday being normally given as 23 August, different sources suggest a birth year between 1924 and 1933, with 1927 being the most authoritative. Reports of his death in January 2018 gave his age as 90, suggesting that he was born in 1927. – 15 January 2018) was a British actor.

He was best known for playing Jason King, a bestselling novelist turned sleuth, in two television series: Department S (1969–70) and Jason King (1971–72). His flamboyant dress sense and stylish performances in those two series led to popular success, and he was considered a style icon in Britain and elsewhere in the early 1970s.

Comic book fans will know Wyngarde and his character Jason King for serving as inspiration for the name and visual appearance of Jason Wyngarde/Mastermind, an adversary of the X-Men (his characterization comes from Wyngarde's guest-starring role in The Avengers episode "A Touch of Brimstone"). Wyngarde also had a notable performance in Flash Gordon as Klytus.