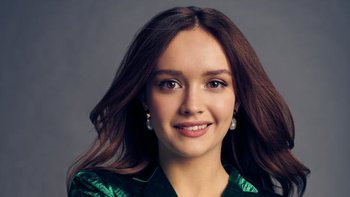 She is known for her roles as Emma Decody in the A&E drama thriller series Bates Motel, Rachel Kushner in the comedy-drama film Me and Earl and the Dying Girl, Samantha Cook in Ready Player One, Becky Sharp in the period drama miniseries Vanity Fair and Alicent Hightower in House of the Dragon. In 2021, she played Dark Voice in the podcast Soft Voice.