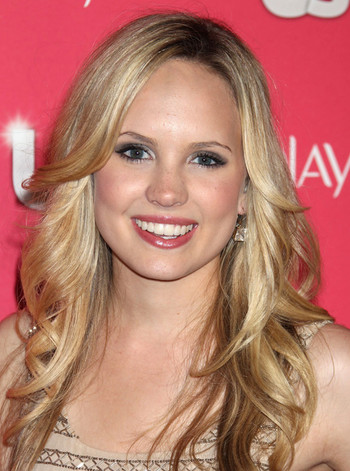 Meaghan Jette Martin (born February 17, 1992 in Fallon, Nevada) is an actress and singer from Las Vegas, Nevada. She is best known for her roles as Tess Tyler in Camp Rock and Bianca Stratford in the 10 Things I Hate About You TV series. She is also the primary voice of Naminé in the Kingdom Hearts games.

She has been living in the United Kingdom with her husband, Oli Higginson, for the past few years. After starring in the play For the Love of Noodles, directed by Lydia Parker, Parker cast her in her web series The Band Formerly Known As, where she played clueless wannabe superstar Paige, and in various roles in the Christopher Durang anthology The Actor's Nightmare.

This actress contains examples of