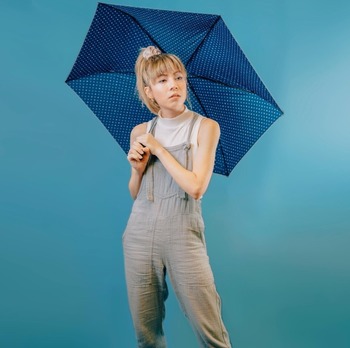 McCurdy rose to fame on Nickelodeon as Samantha Puckett, one of the protagonists of iCarly and one of the leads of Sam & Cat, a Crossover Spin-Off of the series, alongside Cat Valentine from Victorious. She also featured in other TV shows such as Zoey 101, Malcolm in the Middle, Will & Grace, Strong Medicine, CSI, Law & Order: Special Victims Unit, The Inside, True Jackson, VP and Judging Amy, as well as the TV movie Best Player and Netflix original series Between. She also had a brief career as a country artist shortly after rising to stardom, signing with Capitol Records Nashville and releasing two EPs and one album.

In 2014, McCurdy began working on original projects, starting with the four-episode comedic web series What's Next for Sarah?, which she co-produced, starred in and wrote, drawing heavily from her own life as a Hollywood actress. She officially quit acting in 2017, with her site bio stating that she was "ashamed of 90% of her resume and ultimately unfulfilled". In 2021, she would both confirm her retirement from acting and officially open up about the fact that her time as a child actor took a huge toll on her mentally and physically. According to her, she was pushed into her acting career by her mother, and as a result of her mother's overbearing and emotionally/sexually abusive behavior, she struggled with eating disorders for much of her adolescence alongside self-esteem issues that carried on into her adulthood.

McCurdy has since transitioned into other creative ventures that play off her life experiences to far more serious (albeit sometimes comic) effect. She has written and directed four short films (The McCurdys, Kenny, The Grave, Strong Independent Women)note only Kenny and Strong Independent Women have currently seen public release, performed a one-woman tragicomedy show called I'm Glad My Mom Died in various Los Angeles and New York theaters during early 2020 and late 2021note It was put on hold due to the COVID-19 Pandemic, and started a podcast called Empty Inside in July of that year where she speaks with guests about personal topics.

McCurdy also took to writing to speak on her experiences. She began publishing articles and essays in 2021 through various publications including Seventeen, The Huffington Post and The Wall Street Journal, and eventually released a memoir, also called I'm Glad My Mom Died, in August 2022 that covers her time as a child actor at length.