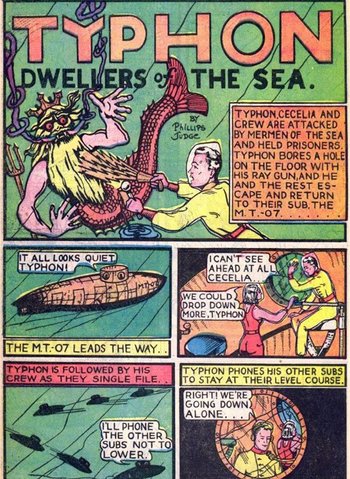 Typhon is a science fiction Adventure hero from The Golden Age of Comic Books, created by Phillips Judge and published by Fox Feature Syndicate in Weird Comics #1-7.

A man of adventure, Typhon sails the seas in his submarine, battling evil with his crew of fellows and a mind-control ring.

Not to be confused with the monster from Greek myth.