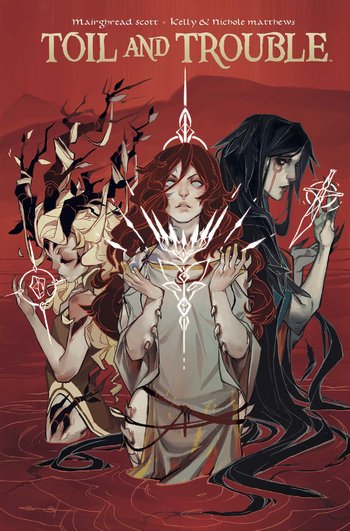 Something wicked this way comes.

The Weird Sisters — Riata, Cait, and Smertae — have always been guiding and protecting Scotland unseen, indirectly controlling the line of kings according to the old religion. When there is a disagreement between the weird sisters, Riata and Smertae will use men as pawns, and Smertae will direct Macbeth to a crown he was never meant to have.

This re-telling of Macbeth from the witches' point of view is brought to life by Mairghread Scott (The Transformers: Windblade, Lantern City), and illustrated by talented duo Kelly & Nichole Matthews. Toil and Trouble brings a new and inventive take on the tragedy we all know and love.