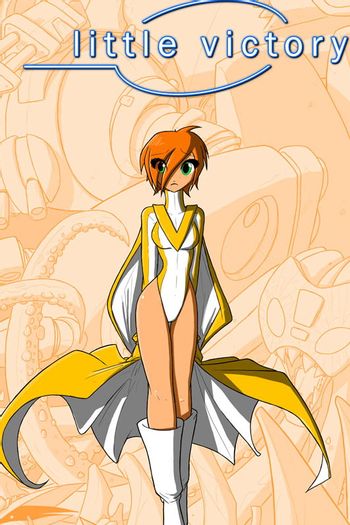 Little Victory is a comic from Phillip M. Jackson (a.k.a. JollyJack), creator of the webcomic Sequential Art. It has been published by IndyPlanet, among others.

In a world where most of the world's superheroes work under the auspices of the United Nations, Vicky Powers, a.k.a. Victory Girl, is the newly deployed super to San Francisco (and thus the US West Coast).