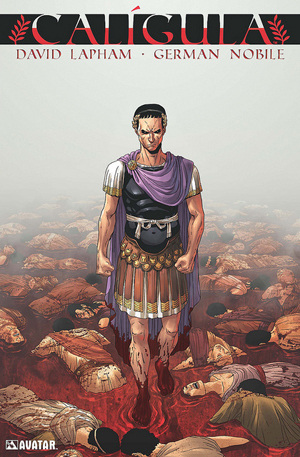 In 37 AD, the ruler of Rome, Gaius Julius Caesar Augustus Germanicus, falls ill. Junius and his family, like the rest of Rome, pray for his recovery. He does......but Gaius himself becomes a depraved monster who, renaming himself "Caligula", slaughters Junius's family in a drunken revelry before going on to plunge Rome into mass violence and anarchy. Junius goes to Rome to seek revenge, but gets dragged into Caligula's inner circle, and as time passes, he becomes at risk of losing his soul.

Aside from the shared title character and historical context, this has no relation to the film of the same name.