Played By: Francesco Quinn
"And I would like to pray one last time, properly."

The leader of Second Wave, an Islamic terrorist group. He intended on detonating a nuclear warhead in Los Angeles. 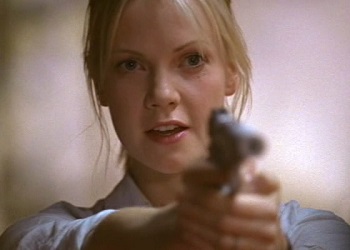 Played By: Laura Harris
"People have to die for things to change."

The sister of Kate Warner who is really helping Ali detonate a nuke in LA.

An American terrorist ring leader who was responsible for bombing CTU. He was a pawn for the Second Wave.

An American terrorist working for Joseph Wald, who was friends with Jack from back when he was working undercover.