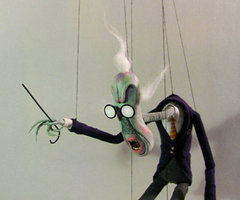 This Will Not Do
...That's why I'm here. I'm trying to tear down The Wall. I want a little bit of human contact that I can stand. I don't want to be alone any more.
Is there anybody out there?
- Pink

Call The Schoolmaster is a Blog horror story, written by Foolamancer, that takes place within The Fear Mythos. It follows the story of an unnamed protagonist who takes up the pen name "Pink" and starts a blog in an effort to escape their life of isolation and abuse. Pink's life is entirely controlled by their Abusive Parents, and things only get worse from there.

Tropes for Call The Schoolmaster