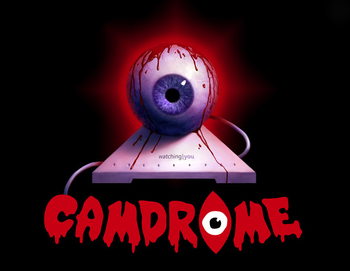 Camdrome is an Alternate Reality Game that began during 2013 when a mysterious, bloody computer appeared at a booth at PAX. The computer, which was Camdrome itself, featured video of what was supposedly a live stream featuring people being murdered by a man in a doll's mask. From there, Camdrome focused heavily on Twitter, with several bursts of activity after periods of silence.

, and the clips from PAX in a compilation here