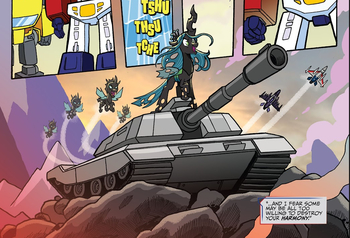 Again a crossover between two respective franchises of fighting robots and various color coded ponies. That pretty much speaks for itself.