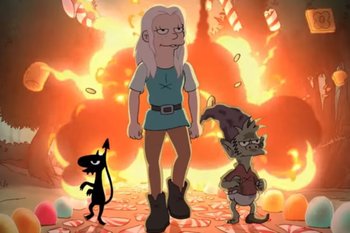 "Love's Tender Rampage"
"To Thine Own Elf Be True"

"The Disenchantress"
"Stairway to Hell"

"The Very Thing"
"Our Bodies, Our Elves"
"The Dreamland Job"