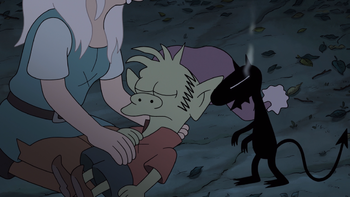 "If this is sadness, I don't like it one bit."
Advertisement:

"The Unbearable Lightning of Bean"