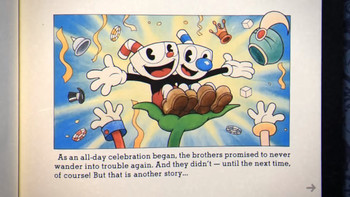 The Devil is beaten.