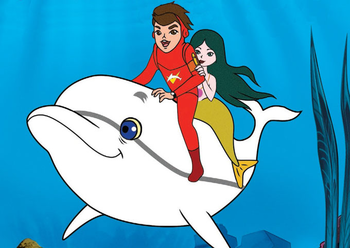 When it was first run in the US in 1967, it was simply presented as a children's cartoon, not as a product from Japan, thus some people consider it a "stealth" anime series. In any case, this made it one of the first anime series seen by many people, even if they weren't familiar with the term "anime."

Not to be confused with a boy Marine.