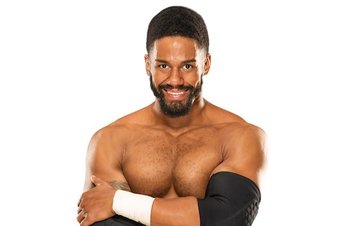 He began his career in 2002 on the independent circuit. He joined WWE in 2005, and was signed on to its developmental brand, Florida Championship Wrestling (now NXT), in 2009.

From 2010 to 2011, he was a member of The Nexus, before returning to NXT. In 2012, he formed an alliance with Titus O'Neil, the Prime Time Players. Together, they were one-time WWE Tag Team Champions, before disbanding in 2014 after an attack by Titus, eventually turning into a feud. They briefly reunited in 2015-2016, before going their separate ways.

In 2013, he came out as gay, becoming the first WWE pro-wrestler to come out while still signed on.

He was released from WWE in 2017 after his contract expired, and has since returned to the independent circuit. Currently, Rosser is wrestling on Strong for New Japan Pro-Wrestling, Power for the National Wrestling Alliance and Primetime Live for the United Wrestling Network.