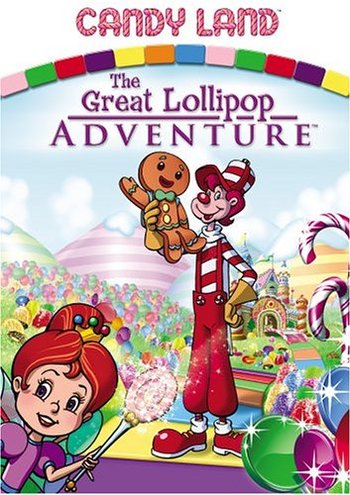 Candy Land: The Great Lollipop Adventure is the Animated Adaptation of the board game Candy Land. The plot focuses on the gingerbread man Jib trying to reach the Sweet Celebration, which is performed to renew the beauty of Candy Land. Meanwhile, Princess Lolly lost her staff needed for the celebration to the Big Bad Lord Licorice, who plans to use it to take over Candy Land.