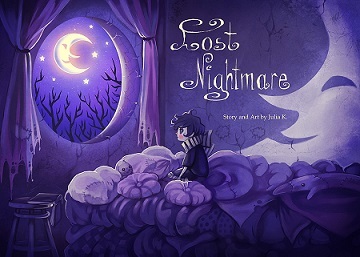 is a Web Comic by Julia K., aka Miyuli.

Little Ink is a nightmare being trained by the Bogeyman to become the latter's successor. However, Ink's not very good at being scary and he doesn't want to be. So he begins a journey to seek help from the Sandman, the shepherd of good dreams.

The comic began during October 2012 and concluded in April 2017.

Not to be confused with Little Nightmares