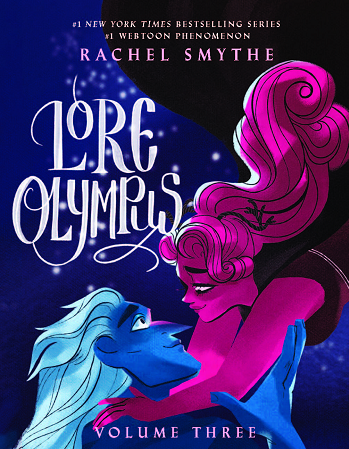 "While you are here, you shall rule all that lives and moves and shall have the greatest rights among the deathless gods: Those who defraud you and do not appease your power with offerings, reverently performing rites and paying fit of gifts, shall be punished forevermore."
—Hesiod
Advertisement:

A drama webcomic by Rachel Smythe retelling the story of The Taking of Persephone with a modern skin. After Hades casually states that Persephone rivals Aphrodite in beauty when he spots her at a party, the goddess's jealousy leads to her placing the sleeping Persephone in Hades' car. What follows is Persephone's journey of self-discovery, Hades finding an equal to rule by his side, and the two slowly falling deeper in love. The comic is still ongoing. It can be read here

In October 2019, the Jim Henson Company announced plans to adapt Lore Olympus into an animated series aimed at young adults.