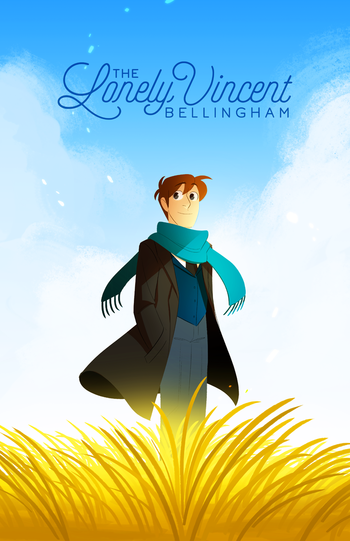 is a webcomic about an uncommonly stubborn young man who tracks down his professor's old friend. He finds the person, whose name is Victoria, but she happens to be a vampire now and seemingly has no idea who the professor is. Her two adopted children are also supernatural creatures. Plot ensues.

The comic is by Diana Huh, who is also a professional storyboard artist (currently for She-Ra and the Princesses of Power). Unfortunately, it has experienced Schedule Slip and last updated in 2018.