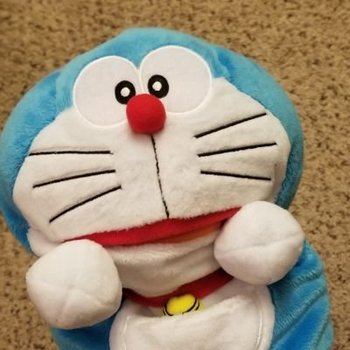 puppetaemon is a fanmade web series based off of Doraemon. It's a series of short videos and jokes about the adventures of a Doraemon Hand Puppet.