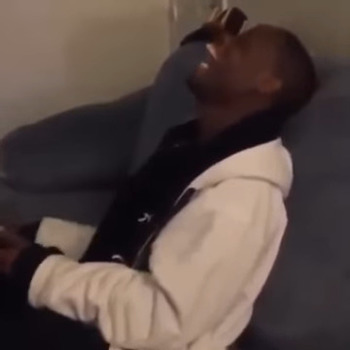 Deez Nuts is a short video by Instagram user WelvenDaGreat. In the video, Welven calls his dad to check on the mail. Once he finally gets on the phone with him, he tells him that a package came in the mail the other day. The package in question turns out to be "deez nuts", which causes both him and his dad to laugh. The video is by far Welven's best-known work, and it has spawned several parodies and remixes.

The original version can be found here

, and the extended version which adds more exposition can be found here

Despite the video's short running time of one minute at most, it exhibits multiple tropes.

Tropes featured in the video: