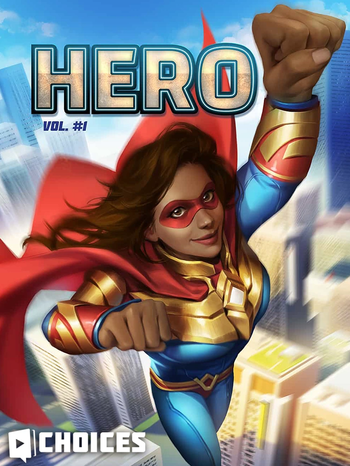 For the up and away!
Advertisement:

Hero is a Visual Novel that is part of Pixelberry Studio’s Choices: Stories You Play. You play as Alex, the assistant of Grayson Prescott, the son of Silas Prescott, the founder of Prescott Industries. Your life takes a sudden turn when at the unveiling of Prescott Industries’ newest invention, a robbery gone bad goes wrong, and you wake up with extraordinary powers, unfortunately you aren’t the only one...