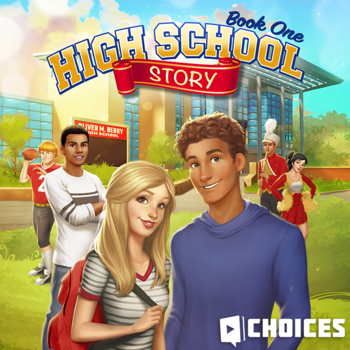 One of the books in Pixelberry's Choices: Stories You Play series, Book 1 was fully released on September 8, 2017 for the first anniversary of the app.

Based on their App Game High School Story, your character is the new student at Oliver M. Berry High School in the fictional town of Cedar Cove, Oregon. They will join one club among the football/basketball/baseball team, cheerleading squad, and marching/concert band, but they will get involved in almost every situation in this new environment. There are three books in the original series.