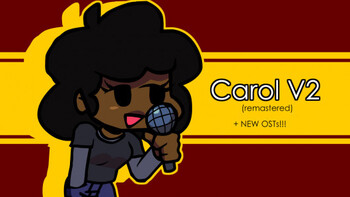 is a Friday Night Funkin' mod created by bbpanzu, the creator of Vs Sky and Vs Sunday. This mod has Boyfriend face off against Carol, an African-American woman who is Girlfriend's best friend.
Advertisement:

Carol also has an alternate mod

, both of which are also creations of bbpanzu.

Due to their status as a Fan-Preferred Crossover Pairing. Carol and Whitty would finally get their own dedicated mod called the "Date Week" mod that also served as a Grand Finale for the Vs Whitty mod due to its original download being put on private on GameBanana.