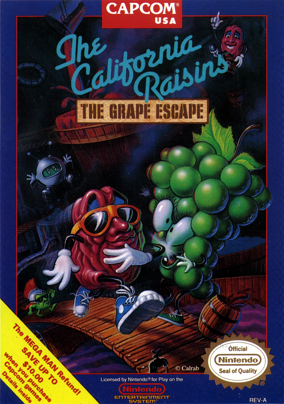 It's a platformer in which you control a member of the California Raisins trying to save the other Raisins who were kidnapped by the Wild Bunch. This is accomplished by getting four golden music notes from four stages, then clearing the fifth stage.

While the game was cancelled due to the California Raisins brand's waning interest, a prototype cartridge was discovered in 2003.