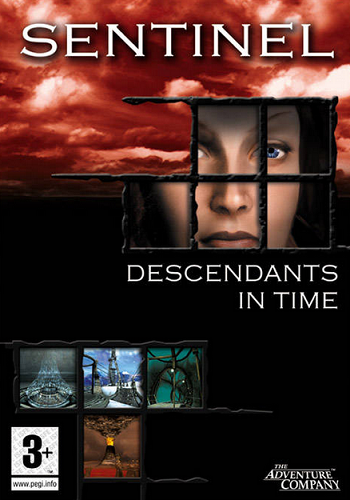 Sentinel: Descendants In Time is a 3D first-person Adventure Game developed by Detalion and published by The Adventure Company on PC, on December 14th, 2004. It is based on "The Ichneumon and the Dormeuse" by Terry Dowling.
Advertisement:

The most dangerous tombs to explore in the world are the eighty-five Tastan Tombs. The most dangerous of all is Tomb thirty-five, with the only person being able to make it out alive being Ramirez, and he just got lucky. But he told many tales of what he saw inside, like The Sleeping Woman who was laid there.

Well, Beni had better hope he gets as lucky. He's been called to Tomb 35 by Doba, who has his sister, Carrie, hostage. He'll only let her go if he explores the tomb. So, with no other choice, Beni ventures into the tomb.