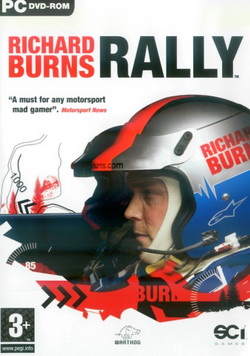 Richard Burns Rally is a 2004 rally racing sim developed by British studio Warthog Games (not their first take on the genre) and published by SCi Games. As its name implies, it was developed with feedback from the famous British rally racer, Richard Burns

Upon its release, the game had a mixed critical reception and it was a commercial flop and both the publisher and the developer were soon bought out by other companies, making the game Abandonware just few years after the release. Despite this, an extremely dedicated Cult Following has been able to keep the game alive through Game Mods and the Abandonware status has attracted new players over the years. Thanks to this, the game has managed to earn respect as one of the best and most realistic racing simulations around.

Tropes featured in this game :