Video Game / Forward to the Sky 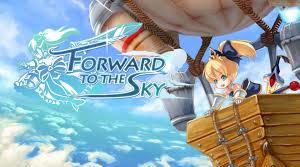 Find out the mystery behind the Sky Tower
A long time ago, a great tower called the Sky Tower was built. The people who lived there prospered because of the profit they earned from mining crystals around the area. Unfortunately, a disaster struck and left the place as a forgotten ruin as time passed. Only the Sky Tower stands to this very day and currently occupied by an evil witch.A princess dressed up as a knight is on a quest to hunt down the witch and collect the crystal within the tower. She will have to encounter various puzzles and fight off skeleton soldiers that guard the tower in order to confront the witch.