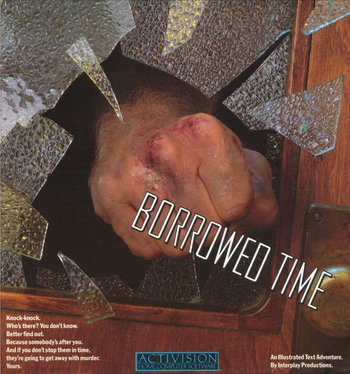 Borrowed Time is a video game developed by Interplay Entertainment and published by Activision released in 1985 for Apple ][, Atari ST, Commodore 64, IBM Personal Computer and Apple Macintosh. It's an Adventure Game in which you control a detective who searches for his kidnapped wife and solves several cases while being on the run from criminals. Commands are typed into a parser and there's a small window showing what the area you're in looks like.

The game was rereleased as Time to Die by Mastertronic.

Not to be confused with the 2016 animated short film.