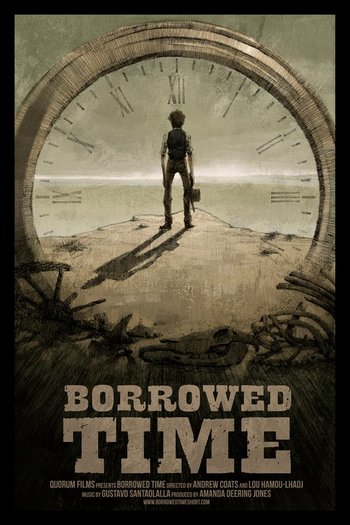 is a 2016 animated short film directed by Andrew Coats and Lou Hamou-Lhadj.

It begins with a sheriff in a Western setting walking up to the edge of the cliff, his face suffused with grief. The reason for his grief is shown in a series of flashbacks, which show the sheriff as a boy riding in a wagon train with his father, until tragedy intervenes.

Although Coats and Hamou-Lhadj were both staff animators at Pixar, and the short reflects Pixar animation quality and style, it is not an official Pixar short, having been released independently by Quorum Films.

A rare example of the Animation Age Ghetto being averted in an American film.

Not to be confused with the 1985 adventure game.

Tropes Contained in this Work