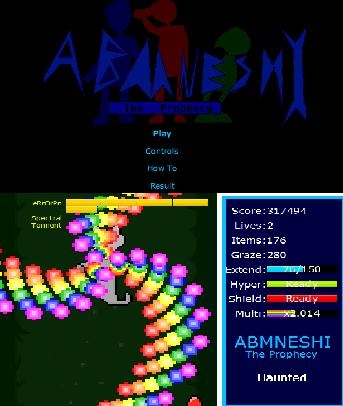 Abmneshi: The Prophecy is a rather surreal freeware Bullet Hell shmup, based somewhat loosely on the Ben Drowned universe and drawing heavily gameplay-wise from Giest118's Trigonometry Wars 4.

It was designed by Pteriforever in four months and released

Tropes appearing in Abmneshi: The Prophecy: