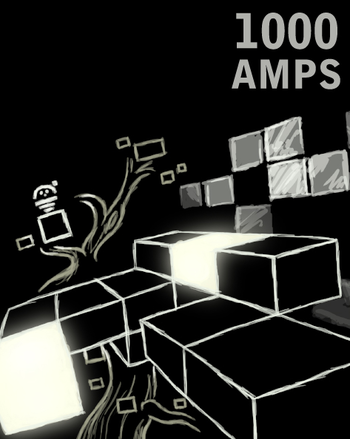 A Puzzle Platformer created by Brandon Brizzi, released for PC through Steam on February 22nd, 2012.
Advertisement:

The game takes place in an enormous tree-shaped building known as the Amp Tree. Power has gone out throughout the Tree, and the player, as a little plug-shaped creature called "Amp", must find a way to restore power, room by room.