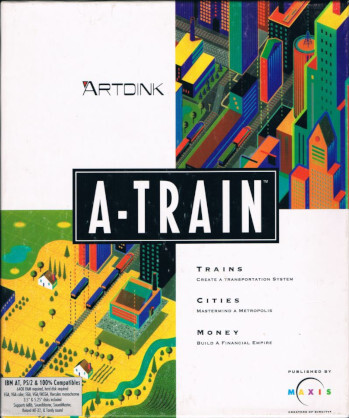 A-Train (known in Japan as A-Ressha de Ikou or Take The A Train, after the Duke Ellington song) is series of business management simulation games created by the Japanese game developer Artdink that thrust the player into a leadership role in a railway company, that has the responsibility of making a town grow into a bustling city. Using the real estate, and stock market to grow your profits, and trains to move people, and freight you will grow your company. Later games in the series give you the possibility of using trucks, and buses.

The A-Train series contains examples of: