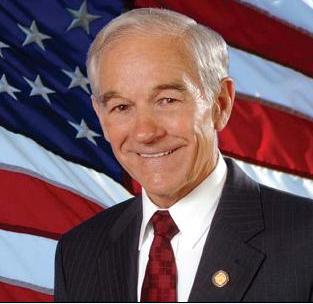 If you were on the conservative side of the Internet for more than a few hours in the 2000s and early 2010s, then chances are you became familiarized with the legend of Ronald Ernest Paul (born August 20, 1935). Paul is a former doctor (an OB/GYN, to be exact—one of the many children he helped to deliver was Selena) turned Republican congressman from Texas (though he was born in Pittsburgh), and arguably one of the foremost examples of the libertarian "old guard" of the Republican Party—anti-tax, anti-spending, anti-welfare and pro-free trade, but also non-interventionist, anti-censorship, and anti-surveillance. Paul's positions are couched in the most basic interpretation of the United States Constitution: if the power to do something is not explicitly mentioned in the text, he states from time to time, then the federal government does not have that power.

His peripheral positions are based largely on strict social conservatism: not believing in church-state separation, being fiercely anti-abortion, believing in creationism, opposing gay rights, and so on. However, rather than actively pushing for these things from a federal level, he believes that such matters should be under state jurisdiction (and supports them at the state level). His views have led him to consistently vote against nearly every piece of legislation to come down the pike; combined with his history as a medical doctor, this earned him the nickname "Dr. No" among his colleagues. It's been said (of both Paul and libertarians in general) that, while nearly everybody agrees with some of his positions, few people agree with all, or even most, of them.

What Paul is probably best known for, on the Internet and in the "old media", is his highly devoted and motivated base of young followers, who first began to pull for him after he ran as the Libertarian candidate in the 1988 election. He gain far more popular support in the 21st century, as young people rallied around him during the 2008 and 2012 Republican primaries due to his opposition to The War on Terror, his support for drug decriminalization, his Cool Old Guy image, and the perception that he was a "Mr Smith" in a field of crooked career politicians, and his support base grew to include followers from both the right-wing Tea Party and left-wing Occupy movements.

He tended not to get much attention from mainstream news outlets, unless they were talking about how the winner of the Republican primary could appeal to the young people who voted for Paul. On the other hand, he's omnipresent in the blogosphere, where his followers can be found in countless comments sections, YouTube videos, and message boards, to the point where some of them have been accused of using AstroTurf tactics and spambots

Ron Paul retired from politics in 2012, but not before his son, Rand Paul, was elected senator of Kentucky in 2010. Rand shares many of his father's political views (although he is more moderate on most issues) and was considered a top contender for the GOP nomination in the 2016 US Presidential Election, up until a certain billionaire entered the race and he was forced to drop out following the Iowa Caucuses. Contrary to rumor, he's not actually named after Ayn Rand; "Rand" is short for "Randal".