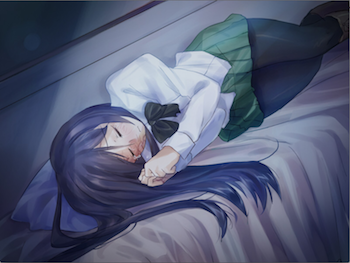 "S-sorry... f-for making you w-worry."note For context, this is after Hanako suffers a panic attack during class and is left emotionally distraught.

For her to not only be leaving but to have been actively hiding her own plans from me, and after seeming for so long to be the one solid pillar of support and reliability I could depend on... It feels as if the foundation underneath me is suddenly shifting drastically, much faster than I can adapt to.