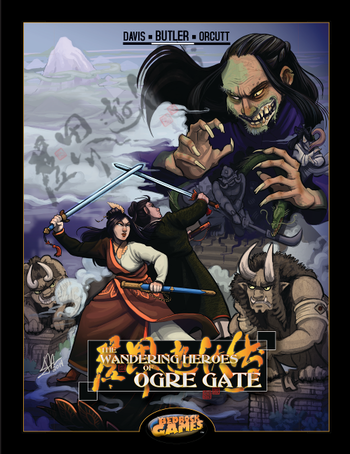 Wandering Heroes of Ogre Gate is a Wuxia tabletop role-playing game by Bedrock Games, released as a Pay-What-You-Want PDF in 2016. It is a spinoff of a previous game, Sertorius, set in a fantasy world strongly resembling Imperial China (specifically, the Southern Song Dynasty) called Qi Xien. It is particularly notable for having a very long list (over 180 separate entries) of Kung Fu Techniques that has been released into the public domain.