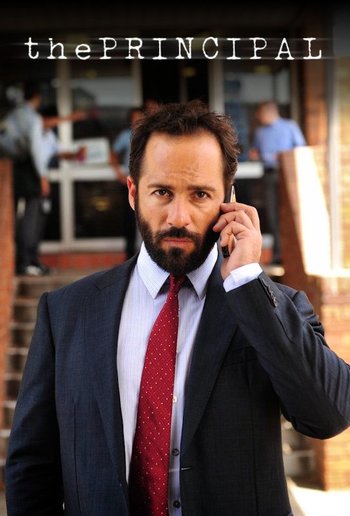 The Principal is a 2015 SBS miniseries focused on the struggles of Matt Bashir, the new principal of an all boys' Inner City School in west Sydney, Australia. A graduate of the school himself who once lived in the troubled multi-ethnic immigrant neighborhood surrounding it, Mr. Bashir quickly sets up to fix the school, much to the chagrin of burnt out colleagues who believe that both the school and Mr. Bashir himself are a lost cause. The real challenge comes, however, when just as if it seems Mr. Bashir is finally making progress, one of his students is murdered, leading into a downward spiral of tense, dramatic events.

The Principal contains examples of: